With Tim Wu in the White House, Jessica Rosenworcel at the FCC, and other appointees with a clue, some less obvious but valuable ideas are moving forward in the President’s order.

Spectrum auctions under rules that are designed to help avoid excessive concentration of spectrum license holdings in the United States, so as to prevent spectrum stockpiling, warehousing of spectrum by licensees, or the creation of barriers to entry,

Everyone following US policy knows that AT&T & Verizon spent $10’s of billions to keep spectrum out of the hands of potential competitors. Until recently, literally half of the Bells’ spectrum was unused. Adelstein’s “Use it or lose” should be law. Calabrese’s “Use it or share it” is even more powerful.

15 years ago, Republican FCC Chair Kevin Martin called for Truth in Advertising. “If they advertise 3 megabits, they should deliver 3 megabits.” That would be an important step towards net neutrality, preventing AT&T from degrading competing services. Neither Republicans nor Democrats have made it so.

Believe it or not, websites of even large carriers make it impossible to find prices. Verizon wouldn’t even tell me the fees to expect in a call to order service.

Makes sense, although I haven’t found data to suggest this is a large problem

O-RAN is a good thing and research should be supported. But DC is fooling itself about what it will do. 5G radio prices are down to $13,000 in large quantities. O-RAN 4G radios are currently 4 times more expensive per Mavenir to the FCC.

Jessica Rosenworcel and others think O-RAN will be led by the U.S., but India and Scandinavia are rapidly pulling ahead of the U.S.

END_OF_DOCUMENT_TOKEN_TO_BE_REPLACED

Scott Wallsten, who was Chief Economist of the US Broadband Plan, has just published Does Competition Between Cable and Fiber Increase Adoption? His conclusion:

the data shows [a second carrier] won’t bring down prices on the low-income end given that that’s the place we would get new adoption. … broadband adoption, all else equal, is not higher in tracts with cable and fiber providers than it is in tracts with only a cable provider or only a fiber provider.

Comcast demonstrated how low prices can increase demand. The obvious explanation why adoption didn’t go up is two carrier markets have pretty much the same prices as pure monopolies. US cableco charge the same prices whether or not they have to compete with fiber.

For the last 15 years, I’ve watched cablecos and telcos raise prices in lockstep, generally at 3-5% per year. Ajit Pai became FCC Chair with a promise to bring down prices but instead saw an increase of 10%-20%, depending on what you measure,.His advocates answer back that prices had also gone up under his Democratic predecessor, Tom Wheeler.

END_OF_DOCUMENT_TOKEN_TO_BE_REPLACED

Ed Markey is a champion for consumers and Internet users. He’s one of only three candidates I’ve endorsed in the last few years. He’s doing a live session with The Verge Wednesday May 12 I hope to attend.

The fog of misinformation in DC is overwhelming and likely to bring enormous waste in infrastructure spending. Those who understand broadband in DC see the logic of not spending more than$10-20 billion in the next four years or so. Biden and most of Markey’s allies haven’t realized that yet. Asking the right questions is a good way to get people – even Senators – to look more closely. My questions, below, in italics.

$10-20 billion could be spent in a way that brings fast connections to those who don’t have them available. Bringing down the prices for the poor is obviously necessary. Comcast has connected over a million with low prices.

But the evidence is that overbuilding cable with fiber does not lower prices; that 100+ Mbps cable upstream will reach 85% of the US quickly because the upgrade is ~$200; and that the US is building just about all the fiber the industry can already in the next 2-3 years and will need at least that long to mobilize for a large increase in funding. The broadband experts are putting this together but the politicians need education

END_OF_DOCUMENT_TOKEN_TO_BE_REPLACED

Joe Biden and Kamala Harris are about to spend tens of billions unnecessarily building duplicate networks. The wireless industry is demanding subsidies for areas that almost certainly will be covered by 5G without government money. Essentially every cell tower with backhaul will be upgraded with a 5G radio.

But there are very few towers being built in areas not already covered. A 25-75% subsidy would make many profitable. It’s the only broadband spending unlikely to duplicate things.

Mark – Verizon CTO Dick Lynch in 2009 building LTE decided to put a radio on any tower with backhaul that wasn’t overpriced. The result was the side by side maps showing Verizon coverage much better than AT&T, which had to scramble to catch up.

END_OF_DOCUMENT_TOKEN_TO_BE_REPLACED

Turkey has requested Twitter delete 45,800 tweets, 31 percent of all requests globally. Many of them would be protected by freedom of speech laws in most countries. I’d bet many were reasonable, non-violent political statements. Erdogan is not as authoritarian as the Saudis, Omanis, or Syrians, but the government is harsh on any opposition.

Facing a likely ban, Twitter has now agreed to honor government takedown notices within 48 hours. It was already blocked from selling ads in Turkey and fined $5M.

END_OF_DOCUMENT_TOKEN_TO_BE_REPLACED 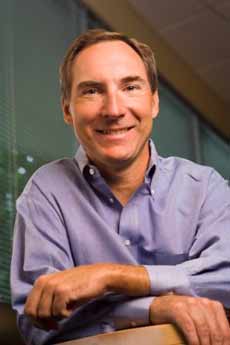 The Presidential election losers wanted to overturn the victory, with results we all know. Now. the telcos have persuaded key Congressman Jim Clyburn and 25 Senators to ask the FCC to overturn some of the results of the recent RDOF auction. The draft letter, circulated by Gary Bolton of Adtran and the FBA, says

We urge the FCC to validate that each provider in fact has the technical, financial, managerial, operational skills, capabilities, and resources to deliver the services that they have pledged for every American they plan to serve regardless of the technology they use. We also strongly encourage the FCC to make as public as possible the status of its review and consider opportunities for public input on the applications. Such transparency and accountability will be essential to ensure the success of this program and to minimize any opportunities for fraud or abuse.

The letter was organized by Seth Ismail in Rep Clyburn’s office, with strong support from Gary Bolton of the Fiber Broadband Association. Gary has left Adtran to work full time at FBA. Getting this kind of support in DC is a tribute to his ability.

END_OF_DOCUMENT_TOKEN_TO_BE_REPLACED

America is approaching the #1 position in 5G coverage in the West. T-Mobile is reaching 100 million pops this month with 2.5 GHz spectrum. It is on track for 200 million in 2021. Almost all important 5G builds are in mid-band, 2.5 GHz – 4.2 GHz and T-Mobile has the only large holding in the U.S.

We find that MNOs with double the bandwidth use 42% fewer eNBs on average in dense urban environment (for approximately similar market shares). This difference decreases down to 27% and 23% fewer eNBs in lower density urban and suburban areas, respectively.

END_OF_DOCUMENT_TOKEN_TO_BE_REPLACED

AT&T will make good money on every schoolkid who signs up for the $15 “unlimited” wireless. The school will pay, saving collection costs. AT%T doesn’t need to offer phone discounts or spend much on acquisition. It requires additional advertising spend. The only apparent gotcha is a modest slowdown for some homes in the (surprisingly few) times of actual congestion. The connection should still be fast enough for a live video class.

AT&T, like most telcos, has far more wireless capacity than it can sell. Since at least 2014, wireless capacity has improved at a ferocious rate. AT&T & Verizon both estimate cost per bit is going down at 40% per year. Meanwhile, traffic growth has plummeted to 20%-35% per year. Result: telcos have an increasing surplus of capacity while spending the same amount. Even with 5G upgrades, most carriers expect capex to be flat or down.

Between 75% and 90% of U.S. unconnected kids can be reached by the existing networks in 2-3 months at moderate cost. That simple fact should push just about every proposal to “span the digital divide” on the backburner. Many will be seen as wasteful, except towers and backhaul in the 5% of the US currently dependent on satellite, called unserved. Europe and many other areas probably have a similar situation, but I don’t have confirmed research.

END_OF_DOCUMENT_TOKEN_TO_BE_REPLACED

Bringing back Net Neutrality is a high priority for Biden, which is great. However, it will make little practical difference for the next few years. There have been no abuses of Net Neutrality with a big impact, although AT&T should never have favored HBO in its wireless plans.

Legendary AT&T lobbyist Jim Cicconi years ago said they could give up NN so long as gov didn’t force prices down. Comcast, AT&T, Verizon, Charter and the other dominant carriers do not want DC to make new rules on fees. So they have behaved and avoided controversy on neutrality.

The US has the highest Internet prices in the developed world and claims otherwise have been exposed as politicians’ truths. Pai, who has made smart moves on spectrum, has completely failed on his promise of affordable broadband for all. I’d like to think the Dems will do better, but they didn’t under Obama.

I’ve supported what we call Net Neutrality since 1999, when I had a very public disagreement with Jeff Waldhuter of Verizon. I’m glad it’s coming back.

Any competent engineer could connect 80%+ of the unserved schoolkids to 25/3 in 2 or 3 months. Wireless technology has been improving so rapidly the carriers have massive unused capacity. So do the cablecos. Chicago is doing it, at a total cost of 1/2 of 1% of the school budget.

Marilyn Cade was an exceptionally hardworking, always gracious leader in ICANN and IGF. She was a strong supporter of U.S. interests at ITU and a member of the US delegation at the WCIT.

Dozens have spoken of her at a memorial site, including Vint Cerf:

“Marilyn was an elemental force in the ICANN, IGF and policy worlds. She was an advocate who could be counted upon to speak passionately for the causes to which she was dedicated. As I read all the “Marilyn stories” in these comments, I cannot help but think that we should say these things to our friends while they are still with us. I wish I had known of her health challenges sooner and now, of course, it is too late. She will be missed but not forgotten by the communities that knew her and benefited from her dedication.”