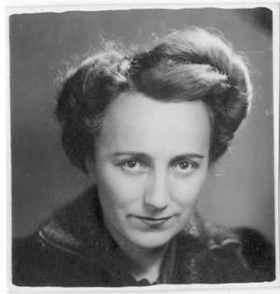 Demand for filters and pornography correlate in the U.S. “Mormon Nevada,” a purveyor once told me, “is our best market. We sell more in conservative states.” I thought he was joking, but the Washington Post reports an academic study with confirmation that many comservatice states have high demand for exciting lit. (Not Utah, however.)

In the ITU and other international fora, religious countries like Saudi Arabia are often in the lead calling for “security,” which to them includes protection against immoral content. Perhaps the elite in the nation’s strongest in opposing censorship (Denmark, U.S. but not France or Germany) are less worried because they believe their citizens are jaded from an early age. That might be true in Washington or New York even if Southerners are less easily satiated.

Conservative Texas and Georgia are at the top of the chart for Google searches for this content. Vermonters, who send the only socialist to the U.S. Senate, is at the bottom. Liberal California is also near the top, which might be a result of other behavior patterns.

Perhaps this leaves room for a compromise on security issues at ITU. Nothing is more important to the U.S. than protecting the freedom of the NSA to do its work. Officially, we oppose censorship as well, but many in D.C. policy are strong on “protecting children from inappropriate materials.” Would Danny accept langauge that allowed countries to impose their own moral standards in-country as long as it didn’t interfere with important U.S. work.

(Kicker deleted because a pun on what is easy isn’t needed.)

Here’s the abstract of the article. The rest is unfortunately behind a pay wall.

Do American States with More Religious or Conservative Populations Search More for Sexual Content on Google?

In America, religiosity and conservatism are generally associated with opposition to non-traditional sexual behavior, but prominent political scandals and recent research suggest a paradoxical private attraction to sexual content on the political and religious right. We examined associations between state-level religiosity/conservatism and anonymized interest in searching for sexual content online using Google Trends (which calculates within-state search volumes for search terms). Across two separate years, and controlling for demographic variables, we observed moderate-to-large positive associations between: (1) greater proportions of state-level religiosity and general web searching for sexual content and (2) greater proportions of state-level conservatism and image-specific searching for sex. These findings were interpreted in terms of the paradoxical hypothesis that a greater preponderance of right-leaning ideologies is associated with greater preoccupation with sexual content in private internet activity. Alternative explanations (e.g., that opposition to non-traditional sex in right-leaning states leads liberals to rely on private internet sexual activity) are discussed, as are limitations to inference posed by aggregate data more generally.