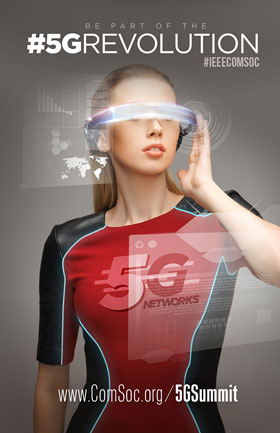 In America, looks like Verizon and AT&T find a way. Bidder’s rings are as old as auctions With just a few players they become easier to create. As a former Time Warner VP explained a while back, “We’ve become so good at signalling we don’t have to meet in airport motels anymore.”

AT&T President John Stankey and Verizon CFO Fran Shammo didn’t get together in an exclusive club and cut an auction deal.  They could go to jail. Stankey at a public conference said they would bid $10B in the 2015 auction but weren’t particularly interested in the 2014. Soon after, Shammo told Wall Street they were focusing on the 2014 auction and wouldn’t commit to even entering 2015.

These are incredibly able executives likely to find a way to “bid rationally.”

I don’t see how I could prove anything without subpoena power. A remark by FCC Chair Tom Wheeler suggests he fears what I’m seeing; maybe someone at the FCC has perspective.

The “rational” company will try to find a way to divvy up available spectrum although doing so directly is illegal. Auctions worked well in the U.S. before about 2004 and became the standard around the world. Results since then are less certain because so many companies have gone out of business. The U.S. has dropped from 8-10 carriers to about four. With fewer to bid the price up, the total will probably be lower.

The other problem is that the spectrum crisis is political bunkum. Wireless technology is advancing so fast carriers can add capacity relatively cheaply. More spectrum saves them money when they have to upgrade the network but the savings are modest. 3-5% of capex is a reasonable guess for how much more it would cost AT&T if they didn’t buy in at the next U.S. auction. More on the exagerration of spectrum needs at http://fastnetnews.com/dslprime/42-d/5189-atat-a-verizon-we-have-enough-capacity-so-spectrum-isnt-a-big-issue and http://fastnetnews.com/dslprime/42-d/5235-lets-make-a-deal-verizon-a-atat-looking-for-auction-strategy.

I mean we are focused on AWS-3 auction and the reason we’re focused on that is it will start November 13th, deposits will be required. We actually know exactly what the rules are. The procedures for that auction will be announced sometime in the next coming weeks. So that’s really the focal point for us. As far as the broadcast spectrum goes, look, currently there are no final adoptive rules on this. So it’s hard for us to sit here and make a comment on something that has not been finalized. So I think that would be premature for us. seeking alpha

I know what others have done, but look we are focused on AWS. We’ll get through that.