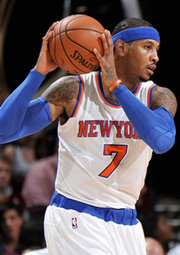 Dolan is probably more interested in his basketball team than cableThis may just my wishful thinking, but Moffett’s analysis of the finances should be devastating. I’m not objective on this one because I want a great Internet for everyone in my own city. The deal is risky at best, not appropriate for an important public utility. I’ve come to a similar conclusion, calculating the investment won’t pay off unless Cablevision, with Verizon collaboration, significantly raises the price of broadband. This is directly counter to the policy goal of getting more people connected as well as unjustified by the real costs of delivering the service. U.S. prices are a third or more above prices in Europe, including Altice’s own Numericable. Craig has enormous influence, extreme originality and even a sense of humor. He wins polls as the best on wall street and is followed by nearly all major investors.

Craig reports New York City will “weigh whether the deal will be good for New Yorkers along four different dimensions: 1) jobs, 2) service levels, 3) prices, and 4) future investment in the network.”

I hear similar issues from NY State, which Moffett confirms. If the city lives up to that, they won’t transfer the franchise.

Jobs: Drahi has told investors he will drastically cut jobs. He will also massively cut salaries. “I don’t need the guys who are top top top, just guys who are good enough.” Tobias Burns, The Street. An inferior broadband offering is not good for jobs. He also wants to bust the unions and outsource to contractors.

Service: Cablevision’s service is like most of U.S. cable: awful. Cutting back does not improve service. Regulators in most of the world demand basic service levels. New York State makes the stupid assumption that “competition” is strong enough basic standards are unneeded. That’s nonsense when you have only two companies with enormous incentive to collaborate.

Prices: New York, like the rest of the U.S., has some of the highest broadband prices in the world. Drahi will have a hard time paying his debt without raising them. Unlike Comcast, he doesn’t have a $10 decent offer for the poor. That should be the minimum to expect.

Investment: At what Drahi is paying for borrowing, Drahi just doesn’t have the funds to keep New York on par with others. My calculation is that if interest rates go up to their historical norms, default is possible. Comcast has already announced they will offer a gigabit everywhere within two years. Privately, they’ve told Washington upstream is also going way up. Drahi hasn’t made similar offers. At Numericable and SFR, Drahi has cut back previously planned investment. French regulator ARCEP has questioned this.

New York wants more people to have broadband. Drahi doesn’t. “”It’s not about how many customers you have, it’s about how much money you make.” The Street

The Dolans of Cablevision own a major newspaper and many politicians, so neither Moffett nor I will be surprised if the government does little.