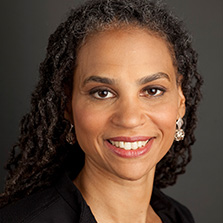 Drahi tells Wall Street he’d drastically cut employees and capex. New York City’s counsel Maya Wiley finds, “a number of important concerns” in an interview with Shalini Ramachandran Wiley adds, “Altice is talking about $900 million in synergies. Well, what’s getting cut? How’s that going to impact the economy of New York and quality of services? We certainly are not afraid to disapprove a transaction.”

Last month, I wrote, “Craig Moffett may have just killed the Altice-Cablevision Deal.” Craig wrote a devastating report that ripped into Altice’s finances. New York City will judge whether the deal is good for 1) jobs, 2) service levels, 3) prices, and 4) future investment in the network. My analysis is they fail all four.

The $900 million has to come out of an operating budget of $2.6 billion, almost certain to reduce service levels. It includes firing 900 people and cutting 25% from capex. They are paying $6,000/subscriber, requiring a profit of $40/month just to pay off the financing for the purchase. Cablevision’s net income over the last three years has been about $30/month. Their bonds are hard to sell. Altice could be facing bankruptcy if they don’t get large price increases. Cablevision is already highly leveraged, with $10B in debt, about $6,000/customer.

The company statement to WSJ was,”Altice has a strong track record of investment, innovation and customer service in all the communities we serve.” That’s a remarkable claim. Altice’s SFR was strongly criticized by the French regulator for not living up to their fiber commitment. Altice’s Numericable has lousy service. Numericable was much later to DOCSIS 3.0 than other cable companies. Their set top box does not match Iliad/Free.

The political system in New York State is so corrupt the deal might go through anyway.

My job is to report accurately even when I have a strong personal opinion. I’m on the board of the New York Chapter of the Internet Society, which is considering a resolution demanding concessions on price and increases in capital spending.

Craig Moffett may have just killed the Altice-Cablevision Deal

“Altice has a strong track record of investment, innovation and customer service in all the communities we serve,”