“There is ample evidence even in the few papers that I have seen suggesting that there may have been systematic torture of detainees,” China’s Red Guards? Abu Ghraib? Actually, the British in Kenya. 50 year coverup described in the Guardian. 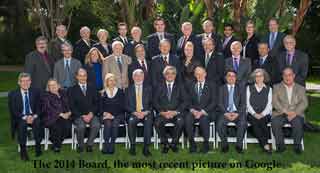 25 Societies fight increased staff power. The Institute of Electrical and Electronics Engineers does extraordinary work, from broadcasting the world’s best 5G Conference to setting the standards for Wi-Fi and so much else. The IEEE Communications Society publications are by far the most prestigious in the field. Their oral histories can be fascinating. The work on making royalties reasonable benefits all of us but the poor most of all. It’s long been a member-driven organization, with volunteers staffing the editorial boards and many other positions in the organization. So when the below note from UCLA Professor Ali Sayed came across the IP list, I did some basic research.

There are obviously some issues not apparent in the public statements, so I’d welcome private comments from readers. Putting the Executive Director on the Board would seem a minor change, although that’s been cast as a symbol. More important is consolidating power in the existing board, apparently close to the senior staff. The new election model is likely to reduce the powers of the regions. That’s the wrong move as the majority of the Internet is now in the developing world. The reasons presented are vague notions of efficiency, not concrete improvements in what IEEE does.

I do not know enough about the issues to have an opinion on the merits. But the opposition of 25 IEEE societies suggests a breakdown in governance that would be best addressed by pulling back the changes.