NTIA head Larry Strickling, the U.S. guy in charge, explained the problem to me, “Dave, do you want Russia and China to run the Internet?” The world majority didn’t want the U.S. running things. Strickling’s plan was to reduce the criticism by handing off to a group that nearly always takes the same position as the U.S.Before I get too many flames, let me say I support the ICANN transition. I titled my writeup Ted Cruz is a bleeping idiot,Unfortunately, both sides treated this like a political campaign. We all know about politicians and truth.

The battle over ICANN was a symbolic fight between the Global North (led by the U.S.) and the Global South (BRICS and more.) The “problem” the ICANN transition is meant to solve is the demand by the majority of countries in the world to have a representative say in decisions about the Internet.

The Global South generally believes the system is rigged to protect things like high transit prices and unreasonable patent royalties. Many of their issues are on target, although ICANN itself has almost nothing to do with them. Despite the irrelevance, both sides choose ICANN and the ITU as the battleground.

END_OF_DOCUMENT_TOKEN_TO_BE_REPLACED

Dominated by U.S and Europe. Don’t flame me; I supported the ICANN transition.  I also am aware of the limitations of ICANN that are generally ignored. In particular, some who know better called this a victory of the global Internet community.

Unfortunately, this isn’t true.
The global Internet community is not represented in ICANN in a meaningful form. The Board and the staff they appoint make essentially all the decisions. ICANN is a model of community participation in discussion, a good thing. But a close look at the detailed process shows the community neither makes decisions or chooses those who do. An early process of elected members was shut down.
One-third of the Internet – Mainland China – is not represented. According to ICANN CEO Fadi Chehadi, they could not be represented while NTIA had control. In addition, the board members are European, American, or mostly in sympathy.  (I have traced the ties of the handful from the global South.)
The majority of Internet users are not in the countries well represented in ICANN. The gap is growing rapidly.

END_OF_DOCUMENT_TOKEN_TO_BE_REPLACED 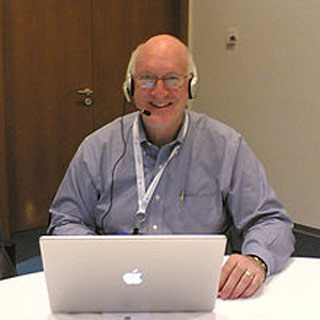 It always was a symbolic battle. Steve Crocker is Chair of ICANN as well as an outstanding engineer throughout Internet history.

“While today is an absolutely historic day for ICANN and for the success of the multi-stakeholder approach toward governance of an important portion of the Internet ecosystem, from the perspective of the Internet user community, today is a day like any other.  The transition of the stewardship of the IANA process from the U.S. Department of Commerce’s National Telecommunications and Information Administration (NTIA) to multi-stakeholder oversight of ICANN, has had and will have no impact on the orderly operation of the Internet.  Packets will continue to flow and new services will continue to be invented.  (And, of course, the multiple forms of abuse, conflict and controversy over content and other matters will also continue as before.)Thousands of man hours and very large numbers of emails, documents and meetings tallied up between NTIA’s announcement 2-1/2 years ago on 14 March 2014 and the big event last night.  And what was the big event?  The quiet completion of the contract between NTIA and ICANN which was really vestigial in nature.  ICANN now has stronger accountability mechanisms, and the paperwork documenting the interactions with the operational communities is now more direct and does not involve the U.S. government, but otherwise it’s business as usual.”