With Trump’s “extreme vetting” extending to Pakistan and others, nearly all U.S. institutions with a global reach will be cut off from some members. Internet Society Board Member Walid Al-Saqaf, from Yemen, can’t attend the IETF meeting next month in Chicago. Board Member Alice Munyua from Kenya may also have to skip the event. “There is a high threat from terrorism in Kenya,” the British government reports. Kenyans likely will require extreme vetting. ICANN board member Kaveh Ranjbar, born in Iran, has also been appointed to the IETF Administrative Oversight Committee. Update: Keveh posted that he has been blocked from attending an ICANN Board event in Los Angeles despite having a current U.S. visa and a Dutch passport. Update 2 Jari Arkko, IETF Chair, just blogged that the IETF is reviewing plans for future meetings in the United States. Below

From now on, people from Pakistan, Saudi Arabia and others will face, per Trump, “Extreme vetting. It’s going to be very hard to come in. You’re going to see. You’re going to see. We’re going to have extreme vetting in all cases. And I mean extreme. And we’re not letting people in if we think there’s even a little chance of some problem.” Anyone from Syria, Iran, Iraq, Yemen, Somalia, Sudan are blocked. New reports suggest the extreme vetting will apply to anyone with ties to countries with what he calls a terrorism problem. Egypt, Nigeria, and Mali face active insurgencies resulting in many casualties. So does India, both in Kashmir and West Bengal.  Update: Jari Arkko of IETF blogged, “We are already reviewing what to do as far as location for the next open North American meeting slot.”

IETF has a “mandatory” requirement to include in site selection whether “Travel barriers to entry, e.g. visa requirements that can limit participation, are acceptable.”

END_OF_DOCUMENT_TOKEN_TO_BE_REPLACED 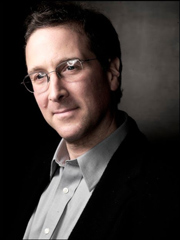 In 2009, the NY Times reported, “A gathering of academics poured cold water on the idea that the new stimulus plan will create lots of jobs.” Saul Hansell’s sources were several of the most quoted economists in the field, including Scott Wallstein, who went on to be the chief economist of the Broadband Plan. (Saul, a friend, is probably the best mainstream reporter about the Internet in the last ten years. Dean Baquet should reach out to Saul and try to bring him back. John Markoff just retired; they need a few stars.) I wish broadband did wonders for jobs and the economy; the evidence says it doesn’t

In 2017, The Washington Post printed, “For every billion dollars in spending, 13,000 jobs lasting at least a year would be created,” based on some claims by Democratic Senators. They added, “Economists generally believe that improving infrastructure would increase productivity and economic activity.” The “13,000 jobs figure” is almost certainly rubbish; Shane Greenstein, now at Harvard, ripped into similar claims made at the beginning of the Broadband Stimulus. We all know about politicians and truth; the Post should have found at least one non-DC source before printing that. I’m sure if I looked I could find similar in the Times as well.

“Economists generally believe …” is offbase, at least in broadband.

END_OF_DOCUMENT_TOKEN_TO_BE_REPLACED

80% to telcos, 20% as tax to gov. You virtually can’t get to the 50 million fairly affluent Koreans without going through the network of Korea Telecom (largest in landline,) SK Telecom (largest in wireless,) or LG. Economists call this a “terminating monopoly” and like all monopolies it can be used to extract more from customers.

The government has now proposed to charge what one source estimates as $0.026/gigabyte on the traffic they receive, reviving a “sender pays” system.  I can’t find the primary sources, all of which are in Korean. Google translate works well if I could find a webpage or document. Help appreciated. A charge at that level is totally unrelated to costs, being several times higher than content delivery networks charge for a comparable service. Much of the impact will be on foreign companies, and the Korea regulations provide some benefits to local companies. From France and Germany to Korea and China, “tax the Americans” is a very popular cry.

END_OF_DOCUMENT_TOKEN_TO_BE_REPLACED 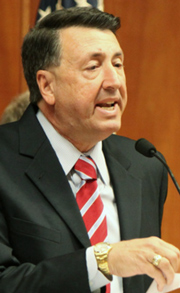 The quiet man at the FCC engineering office is one of the best. Howard Buskirk says Julie is leaving, a major blow. He survives the politics at the FCC by keeping a low profile, but every engineer who goes through Washington knows him well. He can go one on one with top CTOs or Professors and earn their respect. He’s one of the few in the industry with a broad enough knowledge to look years ahead.

Will universal service funding be obsolete in a few years because of the low latency LEO satellites? Is 5G millimeter wave going to be a competition killer? Was wireless ready to displace DSL and cable, as some people told the broadband plan? Ask Julie and you get a well-informed answer, including an “I don’t know if he doesn’t.”

At the FCC, on important decisions, The Eight Floor – the Commissioners – are said to ignore everyone else, especially the technical staff. Every other regulator I know – France, England, China – make sure at least one of the decision makers has enough of a technical background to point out to the others when the usual influence peddlers are lying. (In D.C., they are almost all lawyers including many former politicians. Many are very good at persuasion. With salaries up to $16M (David Cohen, Comcast,) you get some of the best. Some of them – Tom Tauke, David Young – are skilled enough to make their points without abusing the truth. Most don’t care, as long as they aren’t caught.

There are two open seats, one Democrat and one Republican. (I’ve never talked politics with Julie so I don’t know which he is.) Ajit Pai would be proving he deserves the job if he offered one of them to Julie to keep him in the building.

END_OF_DOCUMENT_TOKEN_TO_BE_REPLACED

The new men and the issues they should face. I know several. They are smart, dedicated, and believe in what they are doing. They are hardline against regulation and have often supported the telcos against the FCC. It’s likely Trump era policies will echo Bush II. Bush’s first FCC Chairman, Mike Powell, was close to Eisenach’s PFF.  I hope they focus on government waste, such as the $100 scandal at RUS that’s been covered up or how much of USF/CAF is pure giveaway. (about half, based on what the telco CEOs are telling Wall Street.)

Ajit Pai looks to take over the FCC. He has a brilliant legal mind but needs a deeper knowledge of the facts on the ground and technology. (If I wasn’t on deadline, I’d find and include half a dozen examples. See Neutrality and investment below.)

He has a plan to extend broadband that needs to be informed by how much has been wasted in government programs to do so. He’s very well informed about the D.C. discussion, but needs to know more to recognize lobbyist lies.

END_OF_DOCUMENT_TOKEN_TO_BE_REPLACED

Mike Powell: 5G security impractical, cable security chiefs incompetent.  Security information has no “practical utility.” Best cable security guys could produce only, “a high enough level of generality to avoid compromising network security by providing details that create vulnerabilities, but therefore offer the FCC information with no practical use, … The FCC has not demonstrated an ‘actual, timely use for the information.’ I’m not a security expert but can think of plenty of useful information that need not create vulnerabilities. Start with who/how to contact in an emergency. Mike is $3M/year cable lobbyist

Craig Settles: “Any amount of copper slows data speeds to the home significantly.” Is 500 meg significantly slow? G.fast hits that routinely. Craig’s heart is in the right place supporting community networks but sloppy data hurts his cause. 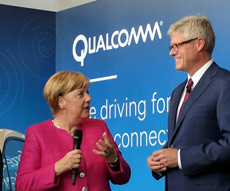 Steve Mollenkopf’s creative engineers produce many of the world’s best chips. It’s time for him to stop promoting a bogus claim “5G Expected to Create 22 Million Jobs, Produce Up to $12.3 Trillion of Goods and Services by 2035.” They offer no evidence or logic that leads to that conclusion. They hired IHS Markit to do a “study” and Berkeley Professor David Teece to sign off on it. The substance of the study is a laundry list of future services, from drones to telemedicine to IoT to VR to Smart Grid. (They provide no source for their estimates of the values of each, but added together they do come to enormous figures.)

Problem: Nearly none of this requires 5G and the report gives no reason to believe their value-add should be attributed to 5G. Nearly all of them work just fine on LTE or Wi-Fi and do not require 5G. Nowhere in the report do they provide a breakdown of how much of the total value of the drones, remote medical consults, or meter reading need 5G. Without that, the conclusions are hogwash. In addition, anyone who has worked with economic forecasts knows how hard it is to look five years ahead, let alone 20.

I’ve researched the requirements of AR, VR, telemedicine, and IoT. Experts in each field tell me 5G isn’t needed for what they are doing. Even most of the connected car stuff doesn’t need lower latency than LTE can deliver.  Thousands of Qualcomm engineers every day tell customers, accurately, that Qualcomm products today meet these needs and will be even better in the future.

END_OF_DOCUMENT_TOKEN_TO_BE_REPLACED

“The broader benefits of higher growth, more jobs, and better services have fallen short.” Deepak Mishra and a team of a dozen at the World Bank early in 2016 burst the myth that the Internet would produce significant economic growth. It’s not in the data, as anyone who looked closely would have seen since at least 2009. Anyone with common sense can see that growth has fallen most places despite a remarkable increase in Internet users. Take a look at the productivity chart at the left. It plummets after 2005, as the worldwide Internet growth accelerated. Just one example: India, one of the fastest growing economies, has lagged far behind in Internet use until the last year or two.

So many of us want to believe the Internet, which we love, would solve many economic problems. So would I; I’ve earned my living since 1999 reporting the Internet. It hasn’t worked. Those who have looked with an objective eye at the actual results have known since about 2005 that the economic impact was often so small studies couldn’t find it. In Washington in 2009, an important Columbia University event in DC made mincemeat of the economic claims based on U.S. data. The World Bank reports that’s also true in the developing world.