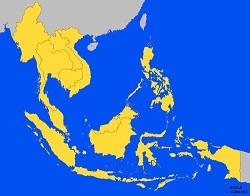 These estimates are consistent with the 225-240M smartphones likely selling in 2016 and 2017. Some will be sold without a data plan.

Digitimes reports the leading vendors are Samsung, China-based Oppo, Thailand-based True, Taiwan-based Asustek, and India-based Lava.  They project only 10% will be 4G. I wouldn’t be surprised if 4G grows extremely rapidly. Christopher Hopcraft of True in Thailand has one of the world’s largest 4×4 MIMO  advanced 4G networks, with enormous capacity. 4G is so much cheaper than 3G carriers around the world are all but giving away the service and phones to get people to switch. Ambani in India signed up 74M 4G customers in 4 months; some of the ASEAN telcos may be equally aggressive.

Time for websites to improve their Tagalog, Thai, and Javanese.