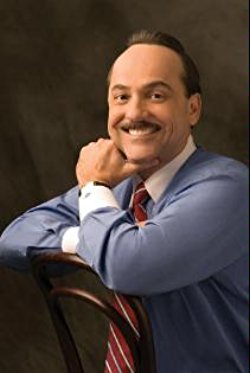 Ralph de la Vega, one of the most capable executives in telecom, is retiring as Vice-Chairman of AT&T. He brought the iPhone to America, working closely with Steve Jobs. I first met him in the early years of DSL, when his BellSouth division was far more efficient than any other in the U.S. Gary Becker won a Nobel Prize for developing an economic analysis of the cost of discrimination. Ralph’s career shows how a company benefits by not discriminating.

Nearly sixty years after Ralph came to America as a young boy, you can still hear Cuba in his voice. He worked his way through a college that isn’t famous as a janitor; he probably didn’t have the style to get a job at many companies. Even today, someone like de la Vega from a working class background, with strong ethnicity, and a degree without prestige would rarely get a chance at Google, Facebook, or Apple.

If a company discriminates against some qualified employees, the company is weakened. The U.S. telcos have accepted that since the 1950’s. They’ve been more open than most American companies.

(There’s still a way to go; this is America.) As I was growing up, the common wisdom was that if you wanted a fair chance to succeed, work for the phone company or IBM.

Fortunately, the U.S. telcos have been far more open than most American companies and gave de la Vega a chance. After leading BellSouth’s DSL effort, he took over and turned around BellSouth Latin America in just a few years. If AT&T/SBC hadn’t bought BellSouth, he might have become CEO. (My source: BellSouth’s last CEO, Duane Ackerman, whom I met at a PFF event and asked.)

At AT&T, he brought them to a strong #2 in wireless despite lower capex than #1, Verizon. He was one of the five leaders of AT&T who have worked together so effectively they have been more successful over the last decade than any other Western telco except perhaps Free in France.

Silicon Valley continues to fail at building a diverse workforce despite a good faith effort from the top. I have a picture of Mark Zuckerberg and his team two years ago; they were all young white with one exception. I know this world; there is no feeling of discrimination, rather an ignorance of how they cause the situation. or example, Google’s people often say a key factor in getting a job there is being “Googley,” i.e. much like the many Googlers from Stanford and other elite colleges. I learned how to fit in as a scholarship boy in a fancy school. It remains a crucial barrier.

Silicon Valley, as Gary Becker understood, pays a price for not being open to all.