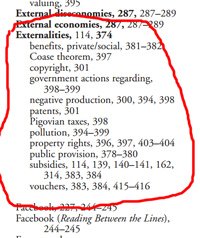 Markets don’t capture externalities. Most of us understand that “the market” produces a pollution problem if unregulated. Utilities can save money burning dirty coal; the pollution cost falls on others. That’s been a hard problem to solve for two decades. Telecom policy has many similar choices.

If you believe that better mobile broadband is an important goal, you often can’t expect even strong competition to deliver what’s best. LTE gets 2x to 10x the capacity in the same spectrum, depending on how it’s configured.  Allocating spectrum to 3G rather than 4G, as some countries still do, cuts the total bandwidth available. Choices like that are common in spectrum policy. Economists think of spectrum as a commons, where if everyone maximizes their own profits the overall system is a problem.

I think this issue particularly important where there are few landlines, which is most of Africa and much of Latin America.

Typical mobile broadband has a cap of 2-10 gigabits/month, while landlines in the developed world often are unlimited and rarely capped below 150 gigabits. Getting the most out of available spectrum is absolutely required if Africa is ever to have an Internet like Europe. There’s now a technological fix for most of this: Massive MIMO is delivering 3x to 10x current LTE, according to the people deploying in Japan and China.  The cost is low enough it’s reasonable to deploy it today, even if it is (modestly) less profitable for the companies. Kenya would quickly have a much better Internet if Safaricom were required to start deploying Massive MIMO. That’s a clear externality and the right choice for the country. The “market” won’t get us there for years.

Almost everyone in policy believes better broadband helps the economy and is good for society in many ways. The companies do not receive most of those benefits; if companies follow self-interest, society suffers from underinvestment.

I realized this a few years ago in an Aspen session with a dozen senior economists and a key U.S. spectrum policy guy. Shared spectrum delivers 2x to 5x the capacity of spectrum licensed to a carrier. I could see allocating the 3.5 GHz band as shared would produce more capacity than granting monopoly licenses. Everyone in the room understood the principle of externalities but it is so rarely applied in telecom policy they couldn’t see the relevance.

It is also obvious that the virtues of strong competition do not always apply when competition is weak. In U.S. broadband, rarely are there more than two important consumer choices. As a reporter watching for 17 years, I can see that most of the time the companies “behave rationally” and signal each other to raise prices and increase profits for both. I can also see exceptions, such as a new entrant into a market. Several European studies have found that prices go up 10-20% when a market goes from four to three competitors, while investment goes down. Mergers like that are now being rejected.

Too many policy people are true believers in “markets.” They are blind to how often markets are weak. Asking a “market” economist, “Is competition strong enough in this particular case” is raising a red flag to a bull. Usually, it becomes a religious debate and empirical reasoning is left behind.

“Leaving it to the market” is usually a mistake if competition is weak or externalities large. I love solving problems with competition; a different policy is needed when competition doesn’t bring a good result.