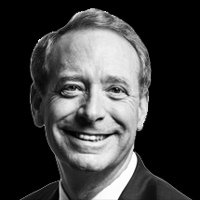 Microsoft President Brad Smith was wrong claiming “Today 23.4 million Americans in rural areas still lack broadband internet access.” The figures are from 2014. Since then probably half or more have been reached by AT&T or Verizon LTE. Each report 98% LTE coverage, with T-Mobile close. LTE speeds are higher than the proposed White Space radios.

He also was almost certainly wrong claiming White Spaces would be, “Over 50 percent cheaper than the cost of current fixed wireless technology like 4G.” By almost any appropriate comparison, WS would be more expensive and slower than LTE. The Microsoft/BCG figure assumes that AT&T, Sprint, T-Mobile, and Verizon would not be part of an LTE rural plan. All four have massive amounts ofcompletely unused rural spectrum as well as existing facilities that would bring down the cost. (AT&T has 60 MHz of spectrum unused nationwide, enough to more than duplicate the entire Verizon network.)

M/BCG instead assumes LTE would come from a new company New entrants might have high costs for spectrum and would need to be much more heavily subsidized than existing carriers.

Their estimate for the cost of the LTE cell is based on a tower cell site sized for 300-1,000. They compare that with a WS radio sized for a few dozen at most. An LTE cell of similar size and capacity would be cheaper than the likely WS radios rather than many times more expensive. LTE gear is produced in billion quantities, a thousand times more than even an optimistic WS plan. This almost certainly will keep LTE gear less expensive.

Put another way, Microsoft’s claim that WHite Spaces radio would be 50% less expensive is based on two assumptions: that the major carriers couldn’t reach the unserved and that LTE base stations cannot be found or developed at a similar size/cost as the White Spaces base stations. Bringing in new companies is the only way forward, they imply.

This analysis suggests that incumbents with unused spectrum and local backhaul facilities can reach the unserved at a far lower cost than new entrants. Germany proved that requiring the incumbents to cover more territory was both practical and cheap. The “Kurth Solution” – named after the German regulator – was to build into a spectrum auction a requirement that the telcos build to the unserved regions before they covered the more profitable cities.

That worked remarkably well, with WIK estimating the spectrum bids were only minimally lower. Deutsche Telekom & Vodafone did the incremental build remarkably quickly and cheaply. Spending their own money, the proved connection cost in these remote rural areas could be much less than the subsidies usually demanded. ARCEP in France wants to include the buildout requirements in license renewals.

Verizon estimates the LTE cost per bit is going down 40%/year. Particularly relevant is what Softbank in Japan is proving with MIMO. They are tuning it for performance at distance in order to provide users at the cell edge a good experience. This can be applied in the U.S., with Sprint intending to begin in the next 12 months.

If the above is correct, LTE is likely to be both faster and cheaper than WS in most rural areas. Keeping White Space spectrum shared is a good idea, but Microsoft is wrong it would be a good way to connect most rural unserved.

Microsoft points out, “Small cells are – also with the new beam forming technologies – limited from a reach perspective. The maximum reach we have found is about 1 km whereas for the objective of connecting rural America we need the reach of over 7 km. A rural deployment of 4G would therefore need to take the cost of full macro base station into account as we explained yesterday. Referring to the amount of people served for the LTE costing is thus irrelevant.”

Several engineers, including one building White Space gear, tell me there is no technical reason a small LTE radio wouldn’t have comparable reach to a White Space radio when using similar spectrum.  There are LTE alternatives to a very expensive “full macro base station,” I believe.

Microsoft writes, “As broadband connectivity has become a necessity of modern life, we shouldn’t settle for an outcome that leaves behind millions of Americans in rural communities. Closing the rural broadband gap will take a mix of technologies including fiber, fixed wireless, and satellite. Our models show that TV White Spaces can play an important role in reaching 80 percent of those who lack a connection today, but as costs and capabilities of technologies improve this mix might change. What matters is that we work together to close the rural broadband gap.” That’s also correct. During the broadband plan, everyone agreed that < 1% of the U.S. needed to be served by satellite or costs would be preposterous. If Robert Wu delivers on his plans for White Space and can keep the cost down, WS could become a player. Wi-Fi and LTE, produced in the billions, are likely to continue the leaders.

Smith is right that it is, “Important for the FCC to ensure that three channels below 700 MHz are available for wireless use on an unlicensed basis in every market in the country, with additional TV white spaces available in smaller markets and rural areas.” Monopoly spectrum is almost always a mistake today because technology has made it obsolete. Shared spectrum delivers 200-500% more effective capacity, improving wireless for all of us.

A limited amount of spectrum needs to be protected for a control channel and emergency use, but a company like Verizon can give up 2/3rds of their holdings over 10-15 years and have a superior offering. Verizon didn’t even bid in the last auction despite prices down by half. Chief Network Officer Nicola Palmer explains, “We simply don’t need it.” Sprint also didn’t bid and AT&T did some minimal fill-in. Wi-Fi proved sharing can work; LAA & LTE testing by Verizon and Qualcomm made clear LTE networks needed only minimal reserved spectrum.

Smith is also right spending more than $10B to reach the unserved is a massive waste of public money. Current CAF and other FCC plans would add up to twice that, much a pure giveaway to the telcos. In particular, most of the $4.8B Pai will push through on Thursday will be spent on wireless upgrades the telcos would do themselves if D.C. wasn’t handing out free money.

The Microsoft numbers come from the FCC’s Broadband Progress Report. which relies “on the Commission’s Form 477 data, as of December 31, 2014.” Since then, Verizon and AT&T each have reached 98% of the U.S. Between them,  LTE is available to half of the homes Microsoft calls “unserved,” almost all at more than the likely White Space speed of 10 megabits.

Whether LTE today is properly considered broadband is an open question. Although all companies now have an “unlimited” offering, some may slow you down after 23 or 29 gigabytes. But if LTE isn’t “broadband,” White Spaces certainly can’t be. It’s slower and has much less capacity.

In 2017, Sprint, T-Mobile, AT&T, and Verizon are all committed to deploying Gig LTE. (4×4 MIMO, 3 or 4 CA, 256 QAM.) Speeds will typically be over 100 megabits down and the extra capacity allows much higher caps. Gig LTE roughly triples capacity in most locations. It will initially only be deployed in some areas, but anywhere congested can be upgraded at moderate cost. (A White Space overlay would be far more expensive.) Put another way, White Spaces today offer a shared 10-33 megabits per channel. The minimum LTE cell is about 50 megabits; advanced ones are now over 900 megabits. Back of the envelope, LTE networks are likely to have five to ten times as much capacity as anything likely from White Spaces.

Microsoft spent what looks like $M to bring White Spaces back to the D.C. discussion. They rented the Willard Hotel, produced a gorgeous 54 page brochure, and brought Brad Smith in to talk with Cecilia Kang of NY Times. “We’re looking at this to be price competitive for people in urban areas,” he said. “There is no reason people in rural areas need to spend more.”