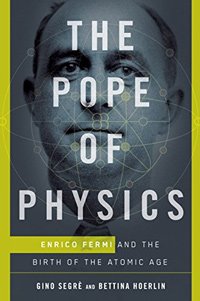 Randall, with the $85B Time Warner merger pending, is unlikely to disavow his very visible friendship with Donald Trump although I’m pretty sure he despises much of what the President is saying. Brian Krzanich of Intel, Kenneth Frazier of Merck, Elon Musk of Tesla, Inge Thulin of 3M, and even Denise Morrison of Campbell Soup have resigned.

Donald Trump called the merger, “a deal we will not approve in my administration because it’s too much concentration of power in the hands of too few.” However, WSJ reports the fix is in.  “An approval could underscore the administration’s pro-business credentials at a time when Mr. Trump’s ties with America’s CEOs are under unprecedented stress,” Flint and Fitzgerald point out.

Steve Schwarzman, one of Trump’s strongest and richest supporters, secured a $20B investment from the Saudis. It was “announced at the royal palace in Riyadh as Mr. Trump and Mr. Kushner looked on,” NYT noted in a devastating article, The Benefits of Standing by the President.

Trump supports his friends and threatens to destroy his opponents.  (Which doesn’t mean he’s wrong about everything, but readers can easily guess my opinion of him.)

Jeffrey Sonnenfeld, a professor of management at the Yale School of Management, said he’d spoken to 26 chief executives over the last three days, and they largely expressed the feeling that “they had a moral compulsion to act,” he said.

Profiles in Courage is a history book authored by Jack Kennedy but mostly written by Ted Sorensen. John Kennedy jr has put his recording in the public domain. It’s about eight men who took unpopular and sometimes career-killing stands on principle.

Randall is probably the most effective telecom executive over the last decade. He has “done what was necessary” to rise in business, but he’s taken many courageous stands in both business and personal choices. His thoughtful, clearly heartfelt speech around Black Lives Matter is on video and worth 12 minutes of your time. He led the way ending discrimination against gays by the Boy Scouts, where he became President.

In business, in 2004 he went against almost every expert in the business and did not build a network like Verizon’s. AT&T results continued to match Verizon. In 2007, when most thought AT&T was a phone company, his first speech as CEO proclaimed “We are a wireless company,” years before most people recognized that. (I didn’t at the time.) He supported Ralph de la Vega, who bought the iPhone to America. By 2015, the pundits believed fiber home was unsupportable. Citing cost reductions, he began adding 3M fiber homes a year. The 5.5M homes fibered look to be an outstanding investment.

I’m pretty sure Randall would like to condemn Trump for all the reasons readers know. A mutual friend writes, “I can’t speak to what Randall is thinking but I know that he has been a very strong supporter of all forms of inclusion.  Your reference to his employee speech is spot on.

If that kills the TW merger, his board will be asking questions. He’s only 57 and gives no evidence he wants to retire early. If he takes a courageous stanch and Trump retaliates, the rest of his career could disappear.

Ilse Meitner as a German scientist was a discoverer of nuclear fission. Her story is one of the many told in a remarkable new book, The Pope of Physics, by Gino Segrè, a physicist and also a fine, clear writer. His uncle Emilio was a close colleagues of Fermi both in Italy and Los Alamos. He has included personal accounts of Enrico Fermi, Niels Bohr, Werner Heisenberg, and other remarkable creators of modern physics. It includes the best short introduction of the miraculous era of 1920’s physics I’ve ever read. Highly recommended.

(I was disappointed to discover Marconi was a dedicated fascist and close to Mussolini.)