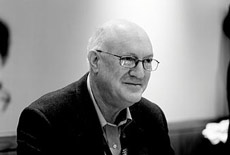 We have term limits for directors, no more than three consecutive three year terms.  I have reached my limit and am leaving the Board.  The Board’s chair is chosen each year by the Board.  The formal election of the next chair takes place at the end of the Annual General Meeting in Abu Dhabi.

He has been active literally since the beginning of the Internet. He was part of the UCLA team, led by Len Kleinrock, that connected the first Internet node, back in DARPA days. Wired has a great interview about the early days, including how Steve developed the RFC system. There’s also an oral history of the early days Steve did back in 1991.

Americans Avri Doria and Sarah Deutsch have been nominated and will likely join the ICANN Board at the October Abu Dhabi meeting,

END_OF_DOCUMENT_TOKEN_TO_BE_REPLACED

Moving the big decisions to where they have power. At the BRICS conference in Xiamen, the global South and China/Russia proclaimed, “All states should participate on an equal footing in the evolution and functioning of the Internet and its governance, bearing in mind the need to involve relevant stakeholders in their respective roles and responsibilities. The structures that manage and regulate the critical Internet resources need to be made more representative and inclusive.”With the U.S. effectively blocking any

With the U.S. effectively blocking anything of substance at the ITU, that organization is paralyzed on many major issues. Anything about security is stopped dead at the ITU by the U.S. and friends, starting with Hamadoun Touré’s move in 2007 towards a treaty on cybersecurity. I laugh when U.S. politicians demand action on security; we’re the ones that have been blocking it for a decade.

Everyone in Internet Governance knows the primary goal of the U.S. is to protect freedom – the freedom of the NSA to do what the NSA does.

END_OF_DOCUMENT_TOKEN_TO_BE_REPLACED 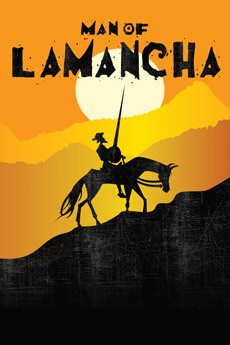 Randall Stephenson, AT&T CEO, did not proclaim, “AT&T will spend $5B building one of the world’s best networks for Texas and Louisiana. That’s our contribution to the recovery after Harvey.” He should.

AT&T is a world leader in testing 5G mmWave small cells. They are adding three million lines of fiber home every year. There’s no reason they couldn’t focus both efforts in South Texas, performing a civic service without spending an additional dollar in capex.

They would probably actually come out ahead, as the $tens of billions in disaster relief would cover some of the cost.

Larry Babbio of Verizon responded that way to the World Trade Center. “Just watch us,” he replied to my suggestion Verizon bring fiber to lower Manhattan soon after 9/11. Verizon built Fios, which for more than a decade was the finest network in the Western World.  (Spain and France are now pulling ahead.)

Rajeev Suri of Nokia should support AT&T by offering to provide $5M in equipment for the build. He should also commit 50 of his best engineers and promise, “We will make sure AT&T has the equipment they need when they need it.” Both are already provided, of course, but it sounds good.

END_OF_DOCUMENT_TOKEN_TO_BE_REPLACED 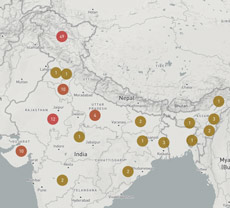 Shutdowns are India’s standard operating procedure against dissent and disorder. The authorities shut down Internet and most phone service to over 20M people for several days. They believed shutting communications would prevent the demonstrations from spreading after Baba Gurmeet Ram Rahim Singh was arrested and convicted of rape. Over 30 people died and hundreds were injured in the unrest. Effective action was called for but that doesn’t mean shutting communications was appropriate. Even more troubling to those of us who believe in free expression, India has shut down the Internet in Darjeeling for almost three months to hinder the campaign for Gorkhaland independence.

Singh was the leader of a sect with a very strong following among the poor. Between the charges in 2002 and the arrest in 2017, he was massively courted by Indian politicians of several parties. The newspapers believe the evidence of rape was strong, but obviously this is more than a simple criminal case.

The Internet makes it easier to organize anything, from responses to natural disasters to parades after football victories. There’s no evidence the shutdowns reduced the violence in this case or several other temporary shutdowns around violent events. The authorities obviously think so; I’m dubious, but also have no evidence.