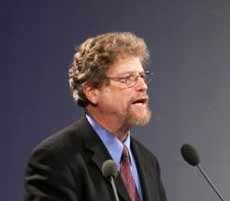 Almost 20 years ago, Noam wrote a seminal book, Interconnecting the Network of Networks. Until about 2010, everyone agreed the Net was a “network of networks,” not a monolithic entity. There was a central authority, ICANN, keeping track of domain names, but that was a minor administrative function.

Since the Internet was never a single entity, talk about the harms of “splitting it” made no sense. Eli, who has run a telecommunications institute at Columbia for decades, suggested we might be better off accepting that some nations or groups might want to organize their networks differently.

The wonders of the Internet would continue so long as the resulting “Internets” were robustly connected. The meme was just a talking point for people who did not want to change the governance to include the new majority of Internet users. In fact, if anyone “split,” it was the Americans and their allies who were voted down about two to one at the ITU and then split.

Internet translation is getting better very quickly. You might want an “Internet” that translates everything into your language. Google Chrome translation isn’t perfect but I was able to research a recent story on Russian language sites. With a few more years progress, I might welcome an alternate that brings me everything in English, including caching so the performance is much better.

De facto, Internet news is already split by Facebook, as hundreds of millions only get their news from Facebook. Google AMP pages, including for news, also favor selected parts of the net by not accepting anything that doesn’t follow strict guidelines. The AMP criteria aren’t so unreasonable; the rules are designed to speed things up by restricting content that will run slowly and take more bandwidth. 120M Indians connect via 2G and until recently couldn’t afford the bandwidth.

The fear is this would be a human rights violation but that’s not necessarily so. There are many Jewish and Muslim fundamentalists who want to block what they consider blasphemy. See http://www.nytimes.com/2012/05/21/nyregion/ultra-orthodox-jews-hold-rally-on-internet-at-citi-field.html . But a nation which wants to block can do that in the current system as well, as the Chinese have demonstrated.