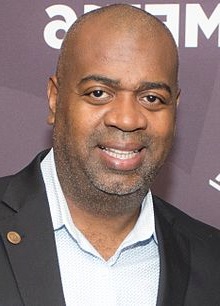 The nearly 300,000 people in Newark will soon have gigabit fiber from the city, Baraka promises. Verizon for almost two decades has failed to honor a pledge to bring 45 megabit fiber to all New Jersey. They received a major rate increase in return for that pledge, then welshed. Bruce Kushnick has calculated what Verizon collected from the rate increase would have covered the fiber cost many times over.

Newark, once a great city, continues to struggle to overcome poverty. A great Internet, provided by the city at low cost, could be a powerful tool. They are targeting a price of under $50. Mark Kaufman in Mashable reports they have over 20 miles of city-owned fiber. That fiber is already being used for the city and commercial customers.

“The power is ours,” Baraka says

“We have infrastructure that many cities just don’t have. We’re going to build out a competitive service to our residents so they don’t have to deal with [telecoms] at all. We can provide it at a cheaper cost.”

The network will be neutral.”At the end of the day we’re gonna put in our contract that if they’re using our infrastructure they have to allow unfettered access to the internet.”

“It is the people of Newark’s fiber. It’s theirs.”

(Many thanks to Mark Kaufman, whose article is the source of the Baraka quotes.)

← Back to News overview

Citing his opposition to the recent Federal Communications Commission ruling to end Net Neutrality, Mayor Ras J. Baraka today announced that the City of Newark high-speed fiber optic network will remain Net Neutral. The city, which controls much of its network infrastructure and offers its own broadband service, Newark Fiber, will continue to guarantee equal access to the internet for local business and residents.

“The internet has always been about bringing the information from around the world to your fingertips, not picking and choosing that information based on how much you can afford to pay. That is the way it should be,” said Mayor Baraka. “In response to Trump’s anti-city policies, municipalities around the country are taking control of their own destinies. Newark is taking the lead on Net Neutrality.”

The FCC’s recent 3-2 decision ending Net Neutrality allows communications companies to charge residents more money to visit particular websites on their networks. The City and the Newark Community Economic Development Corporation (NCEDC), which runs the Newark Fiber program, stated their commitment to keeping the program fair and open to all, and never showing preference to websites that pay more.

To honor this commitment, the city will make certain that its existing and future contracts with third-parties who help connect its network to the internet always include a clause ensuring Net Neutrality. In addition, city officials will begin exploring legal means to ensure that its network will always remain Net Neutra

The decision supports Newark’s growing tech scene which attracts companies who can take advantage of the city’s high-speed, inexpensive and net neutral internet service. Several companies that require super-fast or large bandwidth connections, such as financial services or advanced manufacturing, have recently moved to Newark to take advantage of its network. Many large retail and content providers – including Netflix, Google and Amazon, for which Newark recently submitted a bid to host its second headquarters – have voiced support for Net Neutrality and stressed its importance to their businesses.

“We believe Newark can be home to the businesses of the future, and we want to create the best possible environment for them,” said Aisha Glover, CEO of NCEDC. “The City has long been a leader in infrastructure like canals, railways, water systems, sea and air ports, and telecommunications. This program leverages that infrastructure to equip Newark for the 21st Century.”

Newark Fiber is a public-private partnership between the Newark Community Economic Development Corporation and Gigxero, which works with companies to establish high-speed networks. The innovative new program offers 1,000Mb and 10,000Mb speed for buildings, in parks, on the streets, and eventually in homes. A number of office building in the downtown area are already connected to the network, and the city has plans to expand the service in 2018.