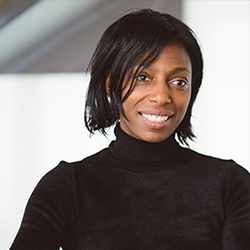 Forcing BT to unbundle is good, although the news reports of “halving” are high.

BT, like DT and many others in the West, has been giving a big ‘eff you to their government’s desire to bring fiber home. If you believe having a great Internet is important, then full fiber is most often the right choice. OFCOM is requiring BT to share poles and ducts, which will bring down the cost of competitive fiber. Good move.

Their saving estimate is modestly higher than the Spaniards and the Italians report. The unbundling affects only the cost to pass the premises, not the complete upfront cost.

A more realistic total saving figure is 10-30%, with the actual savings dependent on the price BT is allowed to charge. Telcos almost always persuade governments their “costs” are much higher than industry norms for large companies. Deutsche Telekom just bragged Germany is giving them rural subsidies at what I know is ~twice the necessary level. OFCOM didn’t say, but the tariff will likely be based on BT’s “costs.”

Getting this right would help guide better policy. My take is G.fast and DOCSIS 3.1 cable will serve almost all needs for a decade or more, especially if Fries deploys the upstream. At the moment, he probably delaying that until the next decade. Bringing down the cost, even if it is only 20%, is good for competition.

France and Spain have something like 15M lines of fiber home compared to Britain around 1M.

More UK homes are set to benefit from ultrafast internet speeds, after a draft decision by Ofcom that will halve the upfront cost of building ‘full-fibre’ broadband networks.

Full-fibre broadband is many times faster – and around five times more reliable – than today’s superfast internet services. But it is available to just 3% of UK homes and offices.

So, Ofcom today announced measures to further increase investment in full fibre. This follows recent commitments by broadband companies that could see up to six million premises covered by full fibre by 2020.

Under the measures, BT must make its telegraph poles and underground tunnels open to rival providers, making it quicker and easier for them to build their own full-fibre networks.

This will change the business case for building new networks and could cut the upfront costs of laying fibre cables by around 50%. It could also reduce the time required for digging works, meaning fibre could be installed in some streets in a matter of hours, where it would previously have taken days.

In addition, Openreach, BT’s network division, will have to repair faulty infrastructure and clear blocked tunnels so providers can access them. Openreach must also ensure there is space on its telegraph poles for extra fibre cables connecting homes to a competitor’s network. And it must release a ‘digital map’ of its duct and pole network, so competitors can plan where to lay fibre.

Ofcom has a role to ensure affordable access to superfast broadband for people and businesses. We want to protect against high prices, particularly in places that are unlikely to benefit from competitive investment, such as rural areas.

We will do this by cutting the price that Openreach can charge telecoms companies for its basic superfast broadband service.

Regulating this price will also help BT’s rivals to compete for customers, while several build their own full-fibre networks, as well as protecting consumers from high prices during this period.

Today’s announcement follows proposals put forward by Ofcom last year. Since then, strong momentum has built towards full-fibre broadband in the UK. A range of companies have announced plans to invest:

These plans could increase coverage of full fibre in the UK from 3% today to up to 20% by 2020. Today’s measures are designed to help deliver this and promote further investment beyond these ambitions.

“The measures we’ve set out today will support the growing number of companies who have already announced plans to build full-fibre networks, and open the way for even more ambitious investment around the UK.”

Moving customers to full-fibre broadband will be a gradual process. In the meantime, Ofcom wants to ensure that Openreach installs new lines on its existing network, and fixes faults, more quickly.

So we have decided that, in future, Openreach will be required to:

These new requirements must be met by 2020/21. Ofcom has also set out interim targets to ensure improvements in its service before then. We will monitor Openreach’s performance closely and step in if these standards are not met.

These rules are part of a range of measures designed to ensure all telecoms companies provide the quality of service customers expect. For example, Ofcom has already announced that broadband and landline users will receive automatic compensation when things go wrong.

We are also supporting the UK Government’s plans for homes and businesses across the country – including in rural and remote areas – to have the right to request a decent broadband connection.