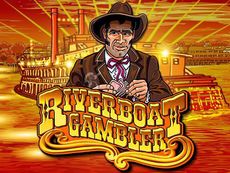 I like Big Ed, but whoever approved his security clearance needs to find a different job.

He committed obvious perjury when testifying to the Senate about wiretapping more than 100M Americans, a felony. He refused to answer question after question, simply saying “We obey the law” no matter what Senator Spector asked. “That answer is contemptuous of this Committee,” Whitacre just smiled. Everyone in the room knew AT&T conducted massive wiretapping without legal authority.

Whitacre may be an ideal choice for Donald Trump’s Ambassador to Mexico. Trump treats Mexicans with clear contempt. Whitacre actually loves Mexico. He moved the company from St. Louis to the border town of San Antonio.

He believes he is always right – even when he isn’t. He expects everyone to take his orders; when he was CEO, the company was run top down like the army. He expected military-style secrecy.

He says whatever he feels like; his President, Bill Daley, would answer questions, “That’s just Ed being Ed.” Whitacre terrorized his staff; a very senior technologist told me it might be “career threatening” if he was seen talking to a reporter. E

“He was a riverboat gambler,” his colleague and successor Stephenson said. “It was anything but a risk-averse culture.”