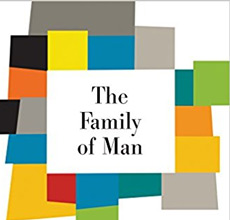 About 65% of 1.5B Internet “connections” are in the Global South, led by the BRICS. The actual number of users is probably twice that. Three quarters are not native English speakers. China has three times as many as the United States. India has more Facebook users than the United States. Vietnam has the fastest growth. See some figures below for why I’m confident Indonesia has more than 100M wireless only. The worldwide figure is > 1B wireless only data users, or about 500M “connections,” a figure I use for comparisons. Across most of Africa, India, and Indonesia, there are remarkably few landlines.

In the early years of broadband, America & Europe strongly dominated. Then Korea and Japan boomed, passing the U.S. by some measures. By 2013, North and South were about even. China had close to twice as many connections as the U.S. Today, China has about three times as many as the U.S. India now has as many users as the U.S. has people, or soon will. The gap is growing because the growth is limited in the developed countries. It’s predictable that 75% of Internet users will be in the South.

These details from Indonesia are illustrative.

The 261M Indonesians nominally have 386M mobile SIMs. Some of that is company exaggeration and some people have multiple SIMS. There are only 10.4M landlines, including 5.3M with data. 90+% are covered by 4G; 60% can choose from five LTE carriers. There are about ~150M people between age 15 & 54. Most have a cell phone with data.

Telcomsel subscribers connect to 4G over 90% of the time, comparable to AT&T in Open Signal testing.

The economy has been growing at ~5% each of the last four years. The savings rate is a high 32%. A third of the people are still in agriculture. The $12,400 per capita income is comparable to Peru, Venezuela, & Tunisia, but over 20% of youths are unemployed. Income is distributed more equally than, for example, the United States (Gini coefficient of 37 versus 45,) That implies the poor and lower middle class are closer to the average income, affording cell phones.