Pai, O’Reilly, and the telco lobbyists proclaim the new FCC rules will result in far more 5G small cells deployed. They are wrong, as any conscientious reporter could have discovered. The new rules by some estimates will move US$2 billion from the cities to the telco bottom lines. (I think that’s a high estimate but haven’t looked closely.)

Some cities have ridiculous rules that should be changed, but the industry has long proven they can almost always be dealt with. The primary result will be lower charges to the telcos. Most of the savings will go to shareholders rather than increased investment, per Verizon CEO Hans Vestberg.

I knew the promised construction boom was hogwash because the companies were telling Wall Street they would keep capital spending roughly flat. They won’t be spending much on more small cells. This was confirmed by CEO Jay Brown of Crown Castle, with the largest deployment of small cells in the U.S.

I wouldn’t look at that and assume that we’re going to see a material change in our 18 to 24 month deployment cycle. In fact, we don’t believe that will result.

Brown has 30,000 small cell sites deployed and 30,000 more contracted for. They are designed to serve two or three customers, but he’s having a hard time finding more than one in many places. Verizon and the other telcos have been cutting drastically the number of small cells they will need.

END_OF_DOCUMENT_TOKEN_TO_BE_REPLACED 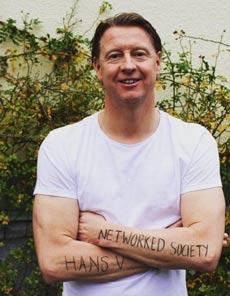 Ericsson is negotiating how much to pay for corruption while Vestberg was CFO (2007-2009) and CEO (2010-2016) of the Swedish company.  The company said the fines were likely “material,” which for a US$24 billion (sales) company sounds like billions. 50 people have been fired.

Vestberg so far is doing an excellent job at Verizon so the Board will probably not fire him. The payoffs while he was at Ericsson made international news in 2015, so the Verizon board knew this was coming when they hired him. The stock market also is ignoring the news of the likely fine; Ericsson is up 5% today.

It is highly unlikely that Vestberg, a highly involved manager, didn’t know what was going on.

END_OF_DOCUMENT_TOKEN_TO_BE_REPLACED

Likely soon to pass, the new “European disclosure order” and “European confiscation order” will allow any EU government to request any data from any ISP or data store anywhere in the EU. The right-wing Hungarian government could demand everything ever sent by the local opposition. Russia could obtain almost anything with the help of friendly clients. Sweden could request every email and data stored by two dozen contributors to Wikileaks and hand them over to the United States.

Axel Petri of Deutsche Telekom has now spoken up, asking to be paid for the work and require approval from their own government. DT is not a natural opponent of government control. The cynical might say DT is afraid of its own government getting information on corporate executives hiding income in Cyprus bank accounts. In any case, they are on target.

I recently connected on Linkedin to a slew of telecom engineers in Iran. I’m sure that raised flags with the security people in many countries. An Iranian connected and Linkedin recommendations took it from there. I noticed many employees from the European vendors and wrote Nokia, Ericsson, and Samsung ban could cripple U.S. 5G (Satire) http://bit.ly/NFsatire

END_OF_DOCUMENT_TOKEN_TO_BE_REPLACED

Because this is proposed by the government, passage is likely. Yet again, the developing world is pulling ahead on important policies. India also has advanced net neutrality.

The Hindu summarizes: “The proposed Data Protection Bill 2018 essentially makes individual consent central to data sharing. The report notes that the right to privacy is a fundamental right. Unless you have given your explicit consent, your personal data cannot be shared or processed. Of course, this also means that the onus lies on you to make an informed choice.

Next, the draft bill also states that any person processing your personal data is obligated to do so in a fair and reasonable manner. In other words, your data should be processed only for the purposes it was intended for in the first place. Failing to meet these provisions can cost companies dear, with the bill laying down penalties that can go up to ₹15 crore or 4 per cent of a company’s total worldwide turnover.