I was a member of this group, which was led by exceptionally able and gracious engineers. There is an enormous amount of misinformation from people who haven’t read the primary documents. This isn’t about Chinese control, and I expect CNET and FT will soon correct the errors in their articles. It’s about telcos wanting control, to guarantee low latency/QoS and charge more. See the list below.

Putting it in the middle of the US China war will alienate those needed to prevent it being approved, especially the Europeans.

I think New-IP was a mistake. I was actually on the ITU Focus Group 2030 where it was presented. Among those who approved the final document were

Here’s the key document.  I will have more later. Meanwhile, email [email protected] for details.

Kyle Malady of Verizon is holding the first Ericsson 5G radio built in the U.S. It’s interesting to see the size and weight of the unit. Kyle is neither a giant nor a champion weightlifter; today’s base stations just aren’t that big.

Verizon ordered over 10,000 of them, as have AT&T and T-Mobile. That wasn’t enough to persuade Ericsson to manufacture domestically, especially since the Chinese are buying 100,000 from Ericsson.

But DC came in, imposed a tariff, and put numerous non-tariff obstacles in front of Ericsson. Nokia and Ericsson lobbyists were laugh out loud silly when they attacked Huawei on 5G, given that both did primary 5G manufacturing in China.

Protectionism has disadvantages. By definition, it reduces competition in the short run, raising prices and hindering innovation. Economic orthodoxy has long been that “free trade” is always best, but Nobelists Joseph Stiglitz and Paul Krugman use empirical data to rip apart the theory.

Apple has just started making its high-end models in India because of tariffs. America has 7 of the top 10 Internet companies. It would probably have 10 out of 10 if China hadn’t protected its companies. India, Germany, and France are now pressing for “digital sovereignty.”

END_OF_DOCUMENT_TOKEN_TO_BE_REPLACED 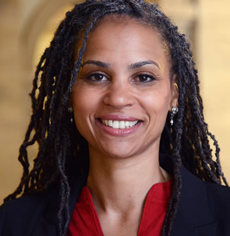 Ed Markey for two decades has been the most important US legislator protecting the Internet and consumer rights in telecom. His opponent, Joe Kennedy, has a distinguished name and an undistinguished record.

Maya Wiley, probably running for New York Mayor, forcefully advocated for protecting consumer and public access to spectrum for Wi-Fi when the telcos proposed to take too much for LTE-U. Sharing unlicensed spectrum is a reasonable idea, but the particulars of the telco proposal mismeasured the interference caused and the disruption of other users. Wiley, then working for New York City, was one of the very few who spoke up.

This is a technical publication and rarely makes endorsements except on a strong record on Internet and telecom policy. Readers should know the editor’s politics are left.

Until Google presented these facts, investors (and just about everyone else) assumed that in fact Google did have strong market power. It was fined almost US$2 billion by the EU and the US Justice Department is likely to file an antitrust suit shortly, So are the state Attorney-Generals and possibly the UK.

The $1.067 trillion dollar market cap represented a 32:1 price to earnings ratio. As investors discovered they were mistaken about Google market power, the stock fell over $200 billion, although the P/E ratio remained above the 22:1 average of the Dow.

(The stock price effect here is pure satire. Everyone knows Google lawyers were doing what American lawyers usually do, make claims on behalf of the client that are not true. Jennie laughed out loud when I told here what Google claimed.)

The remarkable rise of Reliance Jio, to 383 million 4G users in four years, has brought India to the #2 position in the world Internet. Bharti has 143 million broadband subs and Vodaphone 118 million. (Trai data).Some people still have two sims but that’s become less important as caps are more generous and other charges approaching unlimited.

The U.S. population is 329 million. Western Europe is 222 million.  All Europe, minus Russia is under 600 million. India’s Internet growth is slowing but still substantial.  It will be several years before India, like China, has more Internet users than the U.S.

One consequence is that Internet institutions, like ICANN and 3GPP, are not appropriate to lead if they remain dominated by the U.S. and Europe. Some are uncomfortable with the UN/ITU, but unless existing institutions change, what other choice do we have?

The Internet is for everyone, no matter their place of birth or skin color.

YMTC’s 128-Layer 1.33Tb QLC 3D NAND memory is close to the state of the art. Samples are widely available and volume production is set for this year. It is currently shipping a 64 layer version by the millions. It just broke ground on a new building that will “triple its output capacity to 300,000 wafer equivalents a month.” The Wuhan site has an investment budget of US$24 billion, some provided by the province of Hubei. It maintained production despite being in the early world center of the pandemic.

While most of its 2000 engineers are trained in China, it’s led by Dr.Simon Yang. Western-educated, he was previously at Intel and CTO of leading foundry Chartered Semiconductor (Now Global Foundries.) A huge percentage of leading chip engineers are Chinese and many are being offered lucrative deals to work in China.

SMIC, China’s leading foundry, skipped two generations and now is producing 12-14nm chips. It’s N+1 process, expected by the end of the year, is not the same as the 7nm at TSMC but it incorporates many of the Improvements of that generation. The US for now is forbidding ASML in the Netherlands from delivering the EUV machine needed to do better than that. It will take time for China to develop EUV technology of its own, a major obstacle.

There’s a myth that China cannot build advanced chips. There’s nothing about being born in Taiwan or Oregon that makes you more able to manufacture chips.