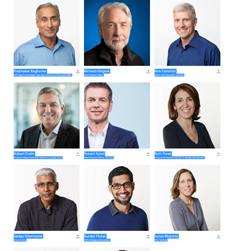 I discovered all 16 Huawei leaders had worked together for 23 years or more and wanted to compare U.S. companies. At Google, I found 26 senior exec pictures and I almost couldn’t believe the visual. Some were Asian, but not one appeared black. No names seemed Latinx. If I have anyone wrong, please let me know. You don’t need my comment.

At the left, 9 smaller pictures including the Indian born CEO. Below, 26 pictures.

END_OF_DOCUMENT_TOKEN_TO_BE_REPLACED

Trump isn’t the only one who can use bogus security claims in a trade war. The Chinese have now declared TikTok’s software essential for protecting national security. All governments lie, I.F. Stone taught my generation.

Every Chinese schoolchild learns about the “unequal treaties” imposed after the Opium Wars, including the American role. They have resolved “Never again.” The attempt by the U.S. to hold back the Chinese economy will be resisted as fiercely as the Chinese resisted in Korea.

We will ultimately lose, a good reason to end this as soon as possible.

From Sina.com in Google translation

END_OF_DOCUMENT_TOKEN_TO_BE_REPLACED 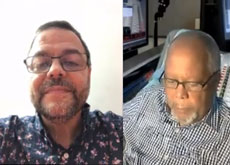 ~100,000 kids in Chicago don’t have decent Internet for remote learning, a horror of the Digital Divide. Chicago Connected, working with Comcast and RCN, looks to connect all of them for free for the next 4 years. Comcast is offering a reasonable wholesale price, apparently ~$10, somewhat above the marginal cost of delivering the service. ($5-8) Ken Griffin, the Crown family, Illinois Tool Works, and the Pritzkers are supplementing the city funding.

Barack and Michelle Obama donated as well. He says

“Michelle and I want every kid in Chicago to grow up knowing even better opportunities than we had – and that requires full and equitable access to the best tools and resources. We’re happy to help Chicago Connected reach every kid in the city. This is where I found a purpose and a family – and it’ll always be our home.”

The program has some rough edges. Our society still needs to connect people without children. Far too many can’t afford U.S. prices, which are among the world’s highest.

New York State Senator Luis Sepulveda and I discussed the Chicago program on WHCR-FM’s Community and Technology. We don’t have anything like this in New York and he was very interested. I urged him to do what is necessary to connect the kids in his South Bronx district.

END_OF_DOCUMENT_TOKEN_TO_BE_REPLACED

Entwhistle is one of the sharpest CEOs in telecom. He’d be a fool to invest more than the minimum in rural areas That way, the government will continue to give the company boons like this.

Where will the money go?

In May 2019, TELUS announced its intention to target ongoing semi-annual dividend increases, with the annual increase in the range of 7 to 10 per cent from 2020 through to the end of 2022. This announcement further extends TELUS’ multi-year dividend growth program originally announced in May 2011 and extended for three additional years in each of May 2013 and May 2016. This program provides investors with ongoing clarity with respect to TELUS’ dividend growth model.

My experience is that 2/3rds of improved cashflow goes to shareholders, not investment. That will almost certainly be true here, Telecom worldwide is a slow growth business due to cost per bit falling more than demand increases. If raising dividends is a priority, that’s where the money will go.

Telcos worldwide are holding back on rural coverage in order to get subsidies and government boons like this.

Canada has long had superior networks in the cities and terrible rural coverage.

END_OF_DOCUMENT_TOKEN_TO_BE_REPLACED

Possible Chancellor acts as if Ericsson and Infineon don’t exist

“Norbert Röttgen, CDU politician with aspirations for the party chairmanship and the chancellorship,” writes Achim Sawall says, “European companies were not allowed to roll out 5G in China … Beijing would never even think of opening its 5G network to foreign providers.”

China Mobile and China Telecom/Unicom are Ericsson’s largest customers for 5G, I believe. Sawall adds, “The Europeans received over 40 percent of the core network orders from China Mobile.” This is widely reported and the German language press called Sawall on his error.

He refuses to admit his mistake, like a Washington politician. (All parties.) It’s highly likely that “confirmation bias” makes it impossible for him to see facts in front of his face.

Around a decade ago, China allocated 10% of its telecom market to each of Alcatel, Ericsson, and Nokia, Alcatel CTO Marcus Weldon mentioned at the Brooklyn 5G conference. The Nokia purchase of Alcatel had been announced. Marcus said he wasn’t sure whether Alcatel’s share of the Chinese market would be added to Nokia’s.

The Chinese allocated nearly a third of their market to European companies under threat of a ban on Huawei. China and Europe came to an agreement on industrial policy.

END_OF_DOCUMENT_TOKEN_TO_BE_REPLACED 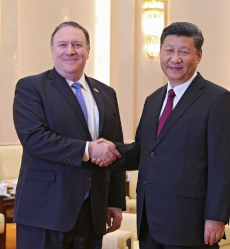 Inflammatory headline? Perhaps, but the clear reading of the announcement below implies the US wants to create the biggest split in Internet history. It goes far beyond the attacks on Huawei & TikTok. The U.S. Secretary of State just called for the US and 30 other countries to:

Pompeo made clear he wants much of the world to go along.

“Momentum for the Clean Network program is growing. More than thirty countries and territories are now Clean Countries”

Everyone reading this has her own opinion on the security and economic battle between the US and China. You don’t need to hear mine.